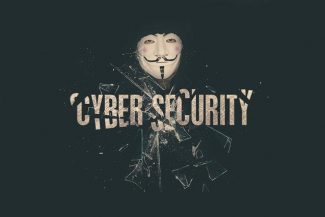 WordPress provides foundation framework for many websites to publish text, image, and video content to the World Wide Web. And is always been an attractive target for most hackers and other form of cybercrimes. Which makes sense considering now more than 32% of the internet runs on WordPress. In this article, we will discuss the most common ways in which WordPress sites are compromised.

WordPress operate on three primary layers: the application server, the web server and the database server. But each of these layers are operating on hardware with specific operating system, such as MS Windows or pen source Linux and that is a potential vulnerable area of being attacked. In this, a hacker will enter malicious information in the text field or URL, similar to SQL injection.

Certain internet-connected cameras have found to be especially vulnerable to command injection attacks. Their firmware can improperly expose system configuration to outside users when a rogue command is issued.

Also known as XSS, targets the JavaScript elements on a webpage instead of database behind the application. With this, the hacker adds JavaScript code to a website through a comment field or other text input, then that malicious script is run when users visit the page and simultaneously outside visitors private information is being compromised. The rogue JavaScript will typically redirect users to a fraudulent website that will attempt to steal their credentials and other identifying data.

Common web coding languages like PHP and Java allow programmers to refer to external files and scripts from within their code. The “include” command is the generic name for this type of activity.

In certain situations, a hacker can manipulate a website’s URL to compromise the “include” section of the code and gain access to other parts of the application server. Certain plug-ins for the WordPress platform have been found to be vulnerable against file inclusion attacks. When such hacks occur, the infiltrator can gain access to all data on the primary application server.

Certain malicious code can be inserted in your word press by way of theme, outdated plugin or script. This code can extract data from your site as well as insert malicious content and can cause serious damage if go unnoticed for a longer period of time. This can add cost to your hosting expenses as large amount of data is transferred or is being hosted using your site.

DDOS attack i.e Distributed Denial of service is the extended version of Denial of service (DoS) in which large volume of requests are generated to a web server which makes website slow and ultimately it crashes. The difference is that DoS is executed via single source while DDoS is an organized attack executed via multiple machines across the globe.

So now you are familiar with various word press vulnerabilities. It is worth noticing that updates play a crucial role in keeping the security intact and whenever there is any unusual activity, start digging until you find the problem and solution too as if it is ignored for a longer period of time can cost you thousands of $$.